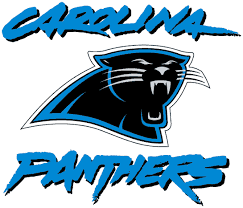 The Bank of America Carolina Panthers Stadium, located in Charlotte, North Carolina, is a 73,778-seat open-air stadium home to the Carolina Panthers NFL franchise, and sits on 15 acres of land. The stadium has 1.4 million square feet of internal space including three concourses with six levels.

To control all of the stadium’s 6,000 lights, Triatek provided a state-of-the-art customized lighting control system designed to be cost effective and reliable while simultaneously allowing for flexibility and integration with the Teletrol building automation system.

The Triatek LP-3500 controls the RCS-1000 circuit breaker providing consistent operational control of all lights in the stadium. The controllers were strategically placed so that one controller can control circuits on three concourse levels.

Since 1985 Triatek has been on the forefront of designing and manufacturing innovative airflow solutions for critical environments. Headquartered near Atlanta, Georgia, Triatek provides end-to-end solutions for healthcare facilities, laboratories, and municipal facilities around the world. Our … END_OF_DOCUMENT_TOKEN_TO_BE_REPLACED